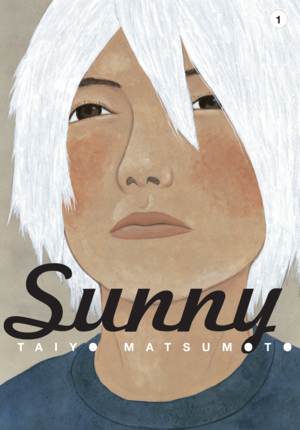 Some good writing in my feed this morning, as three different folks (in two different articles) took time out of their days to talk about some comics that I really enjoy. All three are different in tone and style and execution, but all three are very much worth your time and money.

First up, at Manga Bookshelf, Melinda Beasi and Michelle Smith have a nice conversation about Taiyo Matsumoto’s SUNNY and Kazuo Koike and Goseki Kojima’s LONE WOLF & CUB. Sunny recently debuted at The Toronto Comic Arts Festival, and I was quite fortunate to be involved in that debut and welcoming author Taiyo Matsumoto to North America for its premiere. The book is phenomenal, quite possibly the strongest of his long career, and its surprising strength has pushed both Beasi and Smith to immediately want to go and read his other work, while they wait for volume 2. That’s high praise indeed, and Sunny is an extraordinary comic that is worth of the praise. 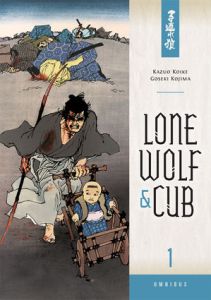 Smith and Beasi follow-up their discussion of Sunny with the impending re-release of Lone Wolf & Cub, now in an omnibus edition with a larger size and page count (volume 1 is 5″x7″ and 712 pages). I have a funny relationship with Lone Wolf & Cub, in that I absolutely love it but I haven’t yet finished the series. I stopped about 3 or 4 volumes from the end, despite being utterly consumed with the story and the world, because I wasn’t prepared for the series to end, and for the inevitable conclusion. I will probably finish it one day, and this re-release from Dark Horse may give me the impetus to do so… but I’m not there yet.

Finally, over at The Comics Journal, Craig Fischer writes an extended appreciation of the “Paul” series of books by Michel Rabagliati. The piece is very good at explaining what’s great about Rabagliati’s comics, and even better at explaining why it’s important to give his work a second or third look if you felt slightly unimpressed by it the first time around. I’m still working on my grand unified theory of why it’s so hard to develop a North American audience for French cartoonists, but Rabagliati is definitely on the list of folks whose work is extraordinarily popular and well-regarded in its native land (in Rabagliati’s instance that’s Quebec, rather than France) but has had difficulty finding an audience in English. I’m so happy to see articles like Fischer’s pushing for a reappraisal of Rabagliati’s work while it is still being published, still incredibly vital, and better-still, still in print. Go and track down Rabagliati’s catalogue at your earliest opportunity.

2 Replies to “Three people talking about three comics I like…!”